Archons of the Ecumenical Patriarchate

A delegation from the Order of Saint Andrew the Apostle has returned from its trip to Washington, D.C., to brief the Obama Administration and Congressional leaders on the situation in Turkey regarding religious minorities.

The meetings held last week occurred before the recent political turmoil in Turkey, but nevertheless highlight important issues that religious minorities continue to face in that country.

Dr. Anthony J. Limberakis, National Commander of the Order of St. Andrew said, “We are gratified that democratic rule has been reaffirmed in Turkey. With that, we also reaffirm the need for respect for the rights and existence of religious minorities in Turkey.” 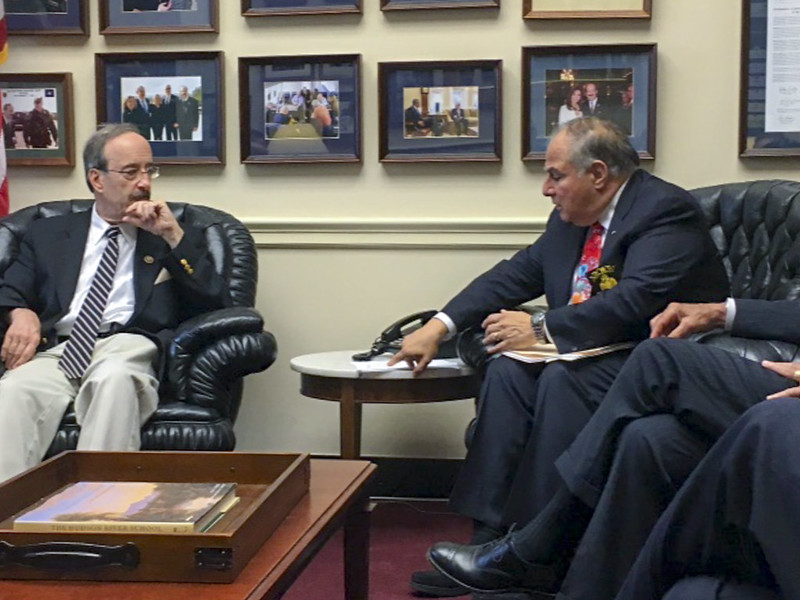 Conversations centered on the recent Muslim prayer readings held at the Museum of the Hagia Sophia in Istanbul (a UNESCO World Heritage Site) and the creeping Islamization of Hagia Sophia and other Christian cultural sites in Turkey.

His All Holiness, Ecumenical Patriarch Bartholomew, had earlier expressed “respect” for Islam, but also called for the same courtesy to be paid to “places of worship of our forefathers” in making reference to the Koran prayer readings transmitted live from Hagia Sophia every night of Ramadan, which ended earlier this month.

The Order of St. Andrew the Apostle is made up of Orthodox Christians who have been appointed as Archons, an ancient title dating back to the early Christian Church. The Archons dedicate themselves to the defense and preservation of the Ecumenical Patriarchate of Constantinople in the face of persecution, to the Orthodox Christian faith and tradition, to the well-being of the Christian Church and the inalienable rights of the human race wherever they may be violated. The Archons are under the spiritual direction of His Eminence Archbishop Demetrios of America, Exarch of the Ecumenical Patriarchate.

View photos of the Archon meetings.

Next
Archons of the Ecumenical Patriarchate
Read more

The Work of the Order of St. Andrew, Archons of the Ecumenical Patriarchate

Archons of the Ecumenical Patriarchate in America