Like many Orthodox Christians, you may be wondering about how to understand Christian Persecution and how to get involved.  “The public is oblivious to what is going on in the birthplace of Christianity. It is horrifying; Martyrs are being made by the hundreds every day.  The Christians Right and Freedom Ministry of St. Katherine Greek Orthodox Church has compiled a list of 8 recommended books that one must read:

1.  ‘They Must Be Stopped: Why We Must Defeat Radical Islam and How We Can Do It’, by Brigitte Gabriel

3.  ‘The Great Church in Captivity: A Study of the Patriarchate of Constantinople from the Eve of the Turkish Conquest to the Greek War of Independence‘ by Steven Runciman 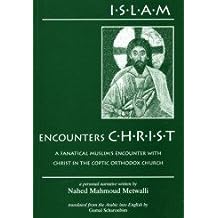 5.  ‘The Sword of the Prophet: Islam; History, Theology, Impact on the World’ by Serge Trifkovic

6.  ‘The Decline of Eastern Christianity Under Islam: From Jihad to Dhimmitude: Seventh-Twentieth Century’ by Bat Ye’or

7.  ‘The Greek War of Independence: The Struggle for Freedom and from Ottoman Oppression’ by David Brewer

8.  ‘In the Shadow of the Sword: The Birth of Islam and the Rise of the Global Arab Empire’ by Tom Holland

5 Steps:  How You Can Help in Defense of Persecuted Christians

The co-chairs of the Christian Rights and Freedom Ministry (Dr. Harry Dimopoulos, Archon Harry Demas and Richard Pappas) and Father Philemon Patitsas of St. Katherine Greek orthodox Church in Naples, FL invite your questions and involvement.  The following 7 steps can assist you in ‘Uplifting Christ and Witnessing for Our Faith in the Face of Radical Extremism.

2. Organize Ourselves for Success

3. Educate Ourselves and Others

4. Dialogue with the Public

5. Stand Up for Ourselves

Orthodox Christian Network (OCN) is a 501(c)3 and an official agency of the Assembly of Canonical Bishops of the United States of America . It is a recognized leader in the Orthodox Media field and has sustained consistent growth over twenty-two years. We have worked to create a community for both believers and non believers alike by sharing the timeless faith of Orthodoxy with the contemporary world through modern media. Disclosure Policy. We are on a mission to inspire Orthodox Christians Worldwide. Click to signup to receive weekly newsletter.

Did you know that there are individual licensed Orthodox Christian Counselors throughout the United States?  Reach out to one in your area.  Orthodox Christian Network partnered up to share The Orthodox Mental Health Professional Directory. Read more…