Do Whatever He Tells You
Trending

Do Whatever He Tells You

Listen to the Daily Reading for May 9, 2016, and then listen to a Bible Study on the verses.

IN THOSE DAYS, Peter said to the people, “Repent therefore, and turn again, that your sins may be blotted out, that times of refreshing may come from the presence of the Lord, and that he may send the Christ appointed for you, Jesus, whom heaven must receive until the time for establishing all that God spoke by the mouth of his holy prophets from of old. Moses said, ‘The Lord God will raise up for you a prophet from your brethren as he raised me up. You shall listen to him in whatever he tells you. And it shall be that every soul that does not listen to that prophet shall be destroyed from the people.’ And all the prophets who have spoken, from Samuel and those who came afterwards, also proclaimed these days. You are the sons of the prophets and of the covenant which God gave to your fathers, saying to Abraham, ‘And in your posterity shall all the families of the earth be blessed.’ God, having raised up his servant, sent him to you first, to bless you in turning every one of you from your wickedness.”

At that time, there was a wedding at Cana in Galilee, and the mother of Jesus was there; Jesus also was invited to the wedding, with his disciples. When the wine gave out, the mother of Jesus said to him, “They have no wine.” And Jesus said to her, “O woman, what have you to do with me? My hour has not yet come.” His mother said to the servants, “Do whatever he tells you.” Now six stone jars were standing there, for the Jewish rites of purification, each holding twenty or thirty gallons. Jesus said to them, “Fill the jars with water.” And they filled them up to the brim. He said to them, “Now draw some out, and take it to the steward of the feast.” So they took it. When the steward of the feast tasted the water now become wine, and did not know where it came from (though the servants who had drawn the water knew), the steward of the feast called the bridegroom and said to him, “Every man serves the good wine first; and when men have drunk freely, then the poor wine; but you have kept the good wine until now.”
This, the first of his signs, Jesus did at Cana in Galilee, and manifested his glory; and his disciples believed in him.

The Prophet Esaias, the son of Amos, was descended from a royal tribe. He prophesied in the days of Ozias (who is also called Azarias), Joatham, Ahaz, and Hezekias, Kings of Judah. About 681 B.C, in the reign of Manasses, the son and successor of the most pious Hezekias, when this Prophet was censuring Manasses’ impiety and lawlessness, he was sawn asunder with a wooden saw, and thus received a martyr’s end.

Of all the Prophets, he is called the most eloquent because of the beauty and loftiness of his words. His book of prophecy, divided into sixty-six chapters, is ranked first among the greater Prophets. The Fifth Ode of the Psalter, “Out of the night my spirit waketh at dawn unto Thee, O God . . .” is taken from his book. It was this holy Prophet who foretold that a Virgin would conceive in the womb (7:14); that not an ambassador, nor an angel, but the Lord Himself would save fallen man (63:9); that the Messiah would suffer, bearing our sins (ch. 53). His name means “Yah is helper.”

As we celebrate the memory of Thy Prophet Isaiah, O Lord, through him we beseech Thee to save our souls.

Having received the gift of prophecy, O Prophet-martyr Esaias, herald of God, thou didst make clear to all under the sun the Incarnation of God by crying with a great voice: Behold the Virgin shall conceive in her womb. 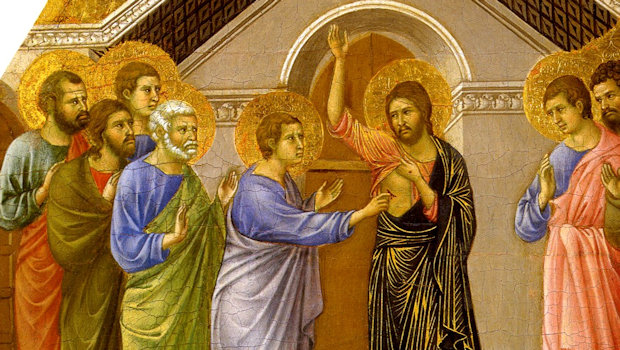 He Chose from Them Twelve