Part V—Consequences of Positive, Negative and No Input
Trending

Part V—Consequences of Positive, Negative and No Input

February 12, 2021 0
Like
Dislike
0 0
Welcome to The Daily Prayer Team messages by Fr. Stavros N. Akrotirianakis, each day includes a passage of scripture, a reflection and a prayer. Sponsored by Saint John Greek Orthodox Church in Tampa, FL.
Let us consider how to stir up one another to love and good works, not neglecting to meet together, as is the habit of some, but encouraging one another, and all the more as you see the Day drawing near.
Hebrews 10:24-25
Today’s message is very straight forward. A positive input is generally going to result in a positive output. Generally, if someone pays you a compliment, you aren’t going to turn around and speak negatively back to them. It just doesn’t fit. A positive stimulus will generally result in a positive reaction. A positive input generally boosts confidence and performance in a job setting.
A negative input is generally going to result in a negative output. Insult someone, and they generally will react negatively. One big problem in our world today is that a small negative stimulus results in a large negative reaction. For instance, driver A cuts off driver B in traffic. Driver B then takes out a gun and kills driver A. This is a complete overreaction. The appropriate reaction of driver B would be to just ignore driver A and drive along. A “normal” (not appropriate, just normal) might be for driver B to cut off driver A, or ride beside driver A and curse at him. For driver B to kill driver A is a total overreaction. People overreact to negative stimuli because we are a very angry society. Our primary emotion in the world is rage, which goes beyond anger. As we’ve discussed, we’ve forgotten how to argue and how to forgive. Thus, we’ve forgotten how to react appropriately to a negative input. We generally overreact to negative input.
Negative input, even justified negative input, lowers confidence and affects performance. If a person tells me “you are doing a great job,” I feel confident and want to work even harder. If a person tells me “you are doing a bad job”, my confidence suffers and doubt creeps in.
Here is the thing that most of us forget. What happens when there is no input? The consequences actually are the same as if there is a negative input. If I am working hard and you tell me I’m doing a good job, I’m going to feel confident. If you tell me I’m doing a bad job, I’m going to have doubts and my confidence will go down. And I work hard and you tell me nothing, you give me no feedback, I will actually have doubts and my confidence will go down. No input ends up having the same result as a negative input.
This is why encouragement is so important. When a person is doing something right, we have to recognize that, and celebrate that. That doesn’t mean we have to throw a party or give out a trophy or award for every good thing we do. It means, however, that we have to recognize good things that people are doing because that will motivate them to do more good things. Saying nothing, even to people who are doing good, will cause them to lose confidence and have doubts. No feedback is almost as bad as negative feedback.
When someone does something right, recognize that. When someone does something wrong, react appropriately. We don’t kill people who argue with us. We either argue back at them or we walk away. That’s appropriate.
The indifference and lack of input is really hurting our society. There are some people who have a mind to do bad things, and perhaps nothing can stop them. People who commit school shootings come to mind. While encouragement is not the sole antidote to violence, I very much doubt that people who are committing violent acts are receiving a lot of encouragement. They are probably not told on a daily basis that they matter, or that they have talent. They are probably not being listened to. Of course, there are some serious problems with mental illness that lead people to do things that are out of character, or they hear voices that tell them to do something violent, or there are people with sociopathic tendencies that are hard to correct. I have wondered for a long time whether these people suffer from either extreme negative input or no input at all.
Encouragement certainly doesn’t hurt. An extra positive comment never hurt anyone. Negative comments hurt, even though sometimes they are necessary. And no comment hurt almost as much as negative ones. So when something goes right, don’t forget to offer encouragement. And when something goes wrong, make sure that the negative input is appropriate, and isn’t an overreaction.
Saint Paul says it well in Hebrews 10:24-25, that we should “consider how to stir up one another to love and good works.” That would be encouragement. He reminds us that we should be “not neglecting to meet together as is the habit of some.” This would be indifference. But that we should be “encouraging one another.”
Lord, help me to have eyes that see others appropriately. Help me to see the good works that others do and applaud and encourage those. Help me, when I see something negative, to react with a spirit of gentleness and not to overreact. Take away from me the tendency to be indifferent to others. Please help me to see the best in people. Amen.
Make sure that a positive input gets a positive reaction, and not zero reaction. And that a negative input gets an appropriate reaction, not an overreaction.
Previous
The Prayer Team
Read more 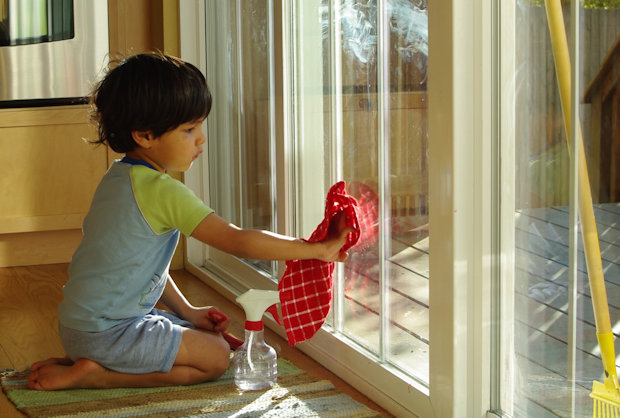 Our Bodies are Temples