Archons of the Ecumenical Patriarchate 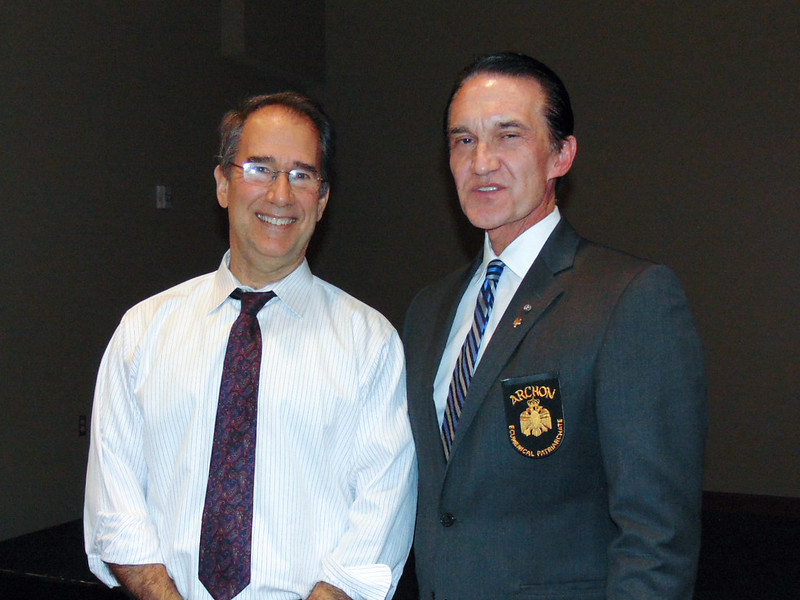 With the blessings of His Eminence Archbishop Demetrios of America, the Order of Saint Andrew co-sponsored a presentation on the refugee crisis and the resettlement process. The Jan 13th presentation, entitled, “America’s Noblest Tradition … Welcoming Refugees to our Shores – How the Refugee Settlement Program Works in Connecticut” was delivered by Mr. Chris George, Executive Director of Immigrant Refugee Integrated Services (IRIS), a not-for-profit refugee resettlement agency based in New Haven, Connecticut.

Mr. George also explained the resettlement process, the very detailed vetting of each potential refugee, prior to admittance into the United States. He also noted that refugees must endure a 24-30 month process of living in refugee camps, mostly in Jordan, even before any determination if they have been approved for resettlement in the United States.

Chris George, a native of Waterloo, Iowa, and a Greek-American, has spent virtually his entire professional life working in the Middle East, including serving as Executive Director of Human Watch, Middle East, after being a Peace Corp volunteer in Oman. IRIS resettles 250 refugees per year, and while mostly Syrian, also from Afghanistan, Iraq, Iran and other Middle East countries.

Regional Commander Nikiforos Mathews and Archon Gregory J. Stamos spearheaded the sponsorship of the presentation which was held at St. Barbara’s Greek Orthodox Church in Orange, Connecticut. The event was also co-sponsored by the Order of AHEPA, Chapter #98, and the Hellenic Bar Association of Connecticut.

View photos from this event »

OCN offers videos, podcasts, blogs and music, to enhance Orthodox Christian life.   We also report on news events in the Orthodox Church and produce This Week in Orthodoxy, a weekly news video with stories and issues of interest to Orthodox Christians around the world.

Next
Archons of the Ecumenical Patriarchate
Read more