My Neighbour, my Salvation
Trending 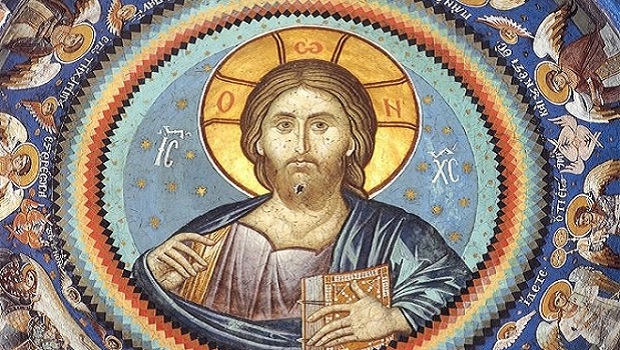 My Neighbour, my Salvation

One of the greatest problems of Orthodox spirituality in recent years has been the distortion applied to Orthodox eschatology, that is the prophetic discourse concerning the last times. It’s common for spiritually inexperienced people, without any real knowledge of what Orthodoxy means or what its magnificent content involves, to be quick to engage systematically with what’s been recorded regarding the end of world, either as the word of the Lord or that of an Apostle or Saint, even though they’re in no spiritual condition to do so.

Indeed, the main characteristic of most people such as this is that they go straight to the Revelation of Saint John, without ever having studied the Gospels, the Acts of the Apostles, the Epistles of Paul and the other Apostles, in other words without having even a passing acquaintance with the fundamental texts of Christianity. They claim the right to analyze and interpret a book ‘sealed with seven seals’, concerning which one of the greatest interpreters of Holy Scripture, Saint Basil the Great, confessed he was utterly unable to analyze.

Because the images described in the Revelation of Saint John, and in the eschatological texts of the Church in general, are so clear and detailed, they’re able to cause fear and to inflame the imagination, especially when they’re viewed superficially. This violates the fact that the Church doesn’t use fear as a pastoral instrument, nor does it wish for people to come to God out of fear and to forge a relationship with Him because of compulsion to do so.

Moreover, they ignore the purpose for which these texts were given to us in the first place, which is to warn Christians that many and terrible things will happen in human history, within the context of a frenzied war against the Orthodox Church and the true faith. In the end, however, Christ, the Eternal King, will triumph and those who remain faithful to Him will reign with Him in perpetuity.

The Gospel reading on the Sunday of the Last Judgement [Matth. 25, 31-46] presents the Lord’s own words concerning the last times. Why is this text read then? Because a series of readings have preceded it, culminating in the two previous excerpts, the Publican and the Pharisee and the Prodigal Son, which, because they present God’s love so lucidly, might make us discount His justice. The manner in which God will judge us is described so that we can understand that no-one will avoid God’s trial, and also so that we can meditate fruitfully on the only event that is a reason for concern, though not anxiety, in the soul of all of God’s people: how we shall bear ourselves before the dread judgment seat of God and give ‘a good defence’.

What’s strange about God’s judgement? That there’s no mention of sin and transgressions, but rather it seems that everything will depend on our attitude towards others, to individual persons, to our neighbours. With particular reference by the Lord to the fact that whatever we’ve done to our neighbour, ‘you’ve done to Me’.

The wound and the cure

Why isn’t there any mention of sin? Let’s recall how the misguided action of Adam and Eve was committed and how sin and death came into the world. The serpent, the prime mover in evil, isolated Eve and drew her into a discussion with him. Instead of calling Adam, so that the human race might confront the challenge of the temptation as one, she continued, on her own, a dialogue the main feature of which was the alteration of the human notion of God and the purpose behind His law. The beginning of sin was the breach between Adam and Eve, the rupture of the bond between man and woman, of the loving dependence of the one on the other. The natural concomitant of the sin was that Eve, again ignoring Adam and snubbing his presence, not only tasted of the fruit of the tree of the knowledge of good and evil, but then went on to persuade Adam to taste the same fruit, saying to him: ‘Eat’. Before Adam and Eve sinned against God, they sinned against each other. And before the offence had been given to God, it had been given to each other.

It is this dimension of sin that this Gospel reading is aimed at healing, though without even mentioning sin! It reverses the process of the Fall and prioritizes the fact of a good approach towards other people as a start and confirmation of a good approach towards God the Father. If you keep your distance from other people, you can’t claim to be at one with God. On the other hand, those who care and approach others in love also cover the distance separating them from God. This is why, as a wonderful conclusion, the disciple of love writes: ‘Those who say, “I love God”, and hate other people, are liars; for those who don’t love other people, whom they have seen, cannot love God whom they haven’t seen’ (1 John 4, 20). This is the perspective for our involvement with the last things: love for our neighbour as a measure of our love for God.

Practical repentance and its fruits