Excerpt from Homily 41, On Pentecost

And He [the Holy Spirit] was promised [by God] by the mouth of Joel first, who said, ‘And it shall be in the last days that I will pour out My Spirit upon all flesh (that is, upon all that believe), and upon your sons and upon your daughters, [Joel, 2, 28] and so on; and then afterwards by Jesus, Who was glorified [by the Holy Spirit], and returned glory to Him, just as He was glorified by the Father and glorified Him [John, 14,16]. How abundant this promise was [on the part of Christ]. It confirms that the Holy Spirit will abide with the faithful for ever, and will remain with us, whether now with those who are worthy in the sphere of time, or afterwards with those who are counted worthy of the things beyond, provided we have kept Him whole by our life here, and not been separated from Him by the extent of our sins.

This Spirit works together with the Son, both as regards the Creation and the Resurrection, as Scripture convincingly shows: ‘By the word of the Lord the heavens were made, and all the power of them by the breath of his mouth; and this, the spirit of God that made me, and the breath of the Almighty that teaches me’ [Job, 33,4]. And again: ‘You shall send forth your spirit and they shall be created, and You shall renew the face of the earth’ [Psalms 103, 30]. And it is He Who is the creator of spiritual regeneration. Proof of this is that no-one can see or enter the Kingdom unless they’re reborn from above by the Holy Spirit [John, 3,3] and cleansed of their first birth. This [spiritual rebirth] is a mystery of the night [when the Lord revealed it to Nikodimos], and is accomplished by the spread of the divine light and the divine day which each person receives. Since this Spirit is infinitely wise and loving [Wisdom, 1, 6], if He takes possession of a shepherd, He makes him a Psalmist, subduing evil spirits by his song [1Kings (=1 Samuel), 16,23] and proclaims him King of Israel; if He takes a goatherd and scraper of sycamore fruit [Amos 7, 14], He makes him a Prophet. Remember David and Amos. If He takes an intelligent youth, He makes him a judge of elders and those well-stricken in years, witness Daniel, who overcame the lions in their den [Daniel 6, 22]. If He finds fishermen, He catches them in the nets [of grace], bringing them to Christ and making them able to catch the whole world in the meshes of the Word. Look at Peter and Andrew and the sons of thunder [John and James], thundering the things of the Spirit. If he takes tax-collectors, He wins them over to discipleship, and makes them merchants of souls. Matthew was a publican yesterday; today he’s an Evangelist. If He takes zealous persecutors, He transposes their zeal, and makes them Pauls instead of Sauls, and as full of godliness as they were of wickedness when He found them. He is also the Spirit of meekness, and yet is angered by those who sin. Let us therefore recognize Him as gentle, not as wrathful, by confessing His dignity [as God] and avoiding any blasphemous words. And let us not desire to see Him angered by the sin which is beyond forgiveness. It is also He Who’s made me a bold preacher to you today: if without risk to myself, thanks be to God; but if with risk, thanks be to Him anyway. In the first case, that He may spare those that hate us; in the other, that He may consecrate us, in receiving this reward of our preaching of the Gospel by being made perfect through blood.

They spoke in foreign languages, not those of their native lands and this was a great wonder: a language spoken by people who hadn’t learned it. Now this sign is for unbelievers [1 Corinthians, 14, 22], not for those who believe, so that it may be an accusation against the unbelievers, as it is written: ‘With other tongues and other lips will I speak to this people, and even so they will not listen to me, says the Lord’, [Isaiah, 28,11]. Yet they did hear. [‘Each one heard them speaking in his own language’, Acts 2, 6.] Just pause a little here and ask how the words should be split, because there’s an ambiguity in the expression, which is determined by the punctuation. Did they each hear in their own dialect, so that, if I may put it like this, one sound was uttered, but many were heard, as if the air were being beaten and, so to speak, sounds were being produced which were clearer than the original sound? Or should we put the stop after ‘each one heard them’, and then add ‘speaking in their own languages’ to what follows, so that it would mean ‘speaking in languages native to the hearers, but foreign to the speakers’? I prefer the second way of putting it, because otherwise the miracle would be to do with the hearers rather than the speakers, whereas in the second case it would be on the speakers’ side. And it was they [not the hearers] who were reproached for drunkenness, evidently because, by the Spirit, they performed a miracle in the matter of the tongues.

Although the old confusion of tongues was laudable, when the tower [of Babel] was being built by people who were of one language in wickedness and impiety, even as some now venture to be [Genesis, 11, 7], since, by the confusion of their language, the unity of their intention was broken up, and their undertaking destroyed, the present miraculous case is much more worthy of praise, because, being poured from one Spirit upon many men, it brings them into harmony again…

Next, since it was to inhabitants of Jerusalem, most devout Jews (Parthians, Medes, Elamites, Egyptians, Libyans, Cretans too, Arabians, Mesopotamians, and my own Cappadocians), that the tongues spoke, and to Jews out of every nation under heaven-if that’s the way you prefer to see it- gathered there, it’s worth looking at who these were and from what diaspora they came. Because the captivities in Egypt and Babylon were limited and, moreover, had long since been brought to an end by the return The diaspora under the Romans, which was visited upon them for their audacity against our Saviour, had not yet occurred, though it would in the near future. So it would seem to be from the diaspora under Antiochus, which had happened not so very long before this time. But if this explanation seems unacceptable, as being too elaborate, given that this captivity was neither ancient nor very widespread, perhaps the best way to take it would be as follows: The Jews were displaced many times, as Esdras relates. Some of the tribes returned, and some were left behind and it would have been from these (dispersed as they were among the nations) that some would have been present and shared the miracle.

These questions have been examined before by the scholars, perhaps not without cause But now it’s time to bring proceedings to a close, because enough has been said. But the Feast itself will never be ended. We keep it now, indeed, with our bodies; but a little later on we shall keep it in the spirit when we shall see the reasons of these things more purely and clearly, in the Word Himself, Our Lord God, Jesus Christ, Who is the true feast and the joy of the saved. To Him be glory and worship, with the Father and the Holy Spirit, now and unto the ages of ages. Amen. 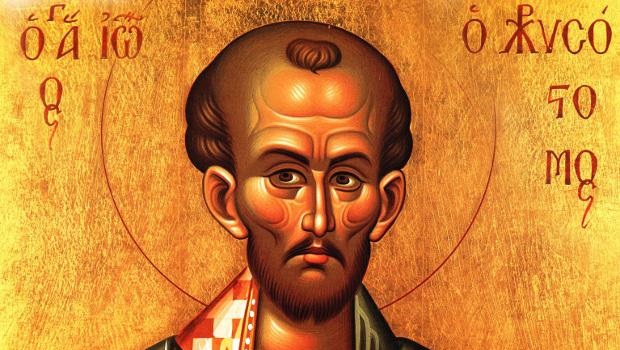