First Sunday of Triodion—The Publican and the Pharisee
Trending 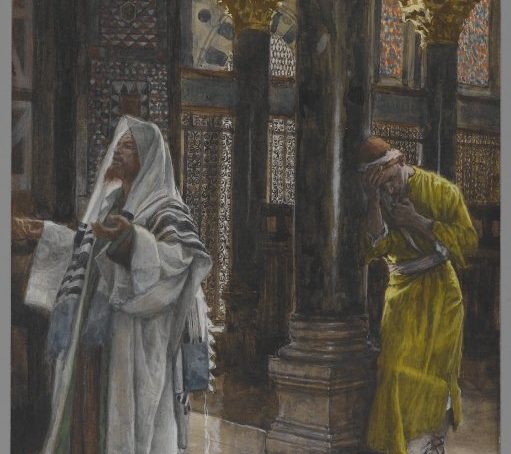 First Sunday of Triodion—The Publican and the Pharisee

“Two men went up into the temple to pray, one a Pharisee and the other a tax collector. The Pharisee stood and prayed thus with himself, ‘God, I thank Thee that I am not like other men, extortioners, unjust, adulterers, or even like this tax collector. I fast twice a week, I give tithes of all that I get.’ But the tax collector, standing far off, would not even lift up his eyes to heaven, but beat his breast, saying, ‘God, be merciful to me a sinner!’ I tell you, this man went down to his house justified rather than the other; for everyone who exalts himself will be humbled, but he who humbles himself will be exalted.” Luke 18: 10-14 (Gospel from Sunday of the Publican and the Pharisee)

In today’s Gospel lesson, we encounter two men who went to pray in the temple. One was a Pharisee, a Jewish religious leader. He was someone who was looked up to in the society of the day. He was respected, even revered. The other man was a tax collector (in some translations of the Bible, he is called a Publican). The tax collector was the town pariah. Tax collectors were generally dishonest thieves, and reviled by all for the lack of virtue.

When the Pharisee prayed, Jesus tells us that he “prayed thus with HIMSELF.” His prayer was one of self-congratulations. He lauded his virtues while at the same time condemning the tax collector.

You might be wondering why. Weren’t the good deeds of the Pharisee honorable in the eyes of God and in the eyes of others? Isn’t it a good thing to fast and give tithes and to live a moral life? The answer is YES, those are all good things. However, even good things done not under the umbrella of God become self-serving things. We can’t pray “with ourselves.” Prayer is offered only to God. Prayer to God is offered with an understanding that God is so much greater than us. He doesn’t need our good deeds or our self-congratulations. He doesn’t want to merely congratulate us. He wants to shower us with His love and mercy. The key to receiving love and mercy is the humility to receive them, an awareness that there are empty spaces in us that can only be filled by His love and mercy.

I have to realize that no matter how good my deeds are, no matter how virtuous I am, no matter how Godly I try to be, there is a gap between me and God. That gap is there because of sin and because of the pride which leads me to sin. That gap is closed through repentance (my understanding that I am sinful and a desire to put aside sinful things) and through God’s mercies, which forgive my sins and which strengthen me to not succumb to sin. This was the mistake of the Pharisee. For him, there was no gap, no understanding of his need for repentance, no room for him to accept God’s mercies. We can each work to lessen the gap between us and God through being virtuous, but a gap will still be there. It can only be closed through His mercies and our repentance.

The Pharisee, who justified himself by boasting about his works, O Lord, You condemned; but You justified the Publican who was modest, and who with sighs prayed for expiation. For You do not accept boastful thoughts, but hearts that are contrite You do not despise. Therefore we, too, in humility fall down before You, who suffered for us. Grant us absolution and great mercy. (Doxastikon of the Sunday of the Publican and the Pharisee, Plagal 4th Tone, Trans. by Fr. Seraphim Dedes)

Live with virtue today but not with pride. Ask God daily for His mercies on your shortcomings.

The Road to the Cross and Resurrection Starts This Sunday