When He saw the crowds, He had compassion for them, because they were harassed and helpless, like sheep without a shepherd. And He called to Him His twelve disciples and gave them authority over unclean spirits, to cast them out, and to heal every disease and every infirmity. The names of the twelve apostles are these: first, Simon, who is called Peter, and Andrew his brother; James the son of Zebedee, and John his brother; Philip and Bartholomew; Thomas and Matthew the tax collector; James the son of Alphaeus, and Thaddaeus; Simon the Cananaean, and Judas Iscariot, who betrayed him. These twelve Jesus sent out, charging them, “Go nowhere among the Gentiles, and enter no town of the Samaritans, but go rather to the lost sheep of the house of Israel. And preach as you go, saying, ‘The kingdom of heaven is at hand.’ Heal the sick, raise the dead, cleanse lepers, cast out demons. You received without paying, give without pay.  Matthew 9:36, 10:1-8 (Gospel of the Feast of the Holy Apostles)

Jesus knew that He would need some dedicated people to spread His message around the world.  And so He chose twelve men.  These men were graduates of rabbinical schools.  They weren’t well-known.  They weren’t rich.  They were all rather ordinary.  Peter, Andrew, James and John were fishermen, and not particularly great fishermen at that—every time Jesus found them on their boats, it seemed that they were complaining that they hadn’t caught any fish.  We know that St. Peter denied Christ.  (And even though he wasn’t one of the original twelve, Saint Paul, whom we commemorated yesterday, was a persecutor of Christians before his conversion.)  Matthew was a tax collector.  Tax collectors were wantonly dishonest and were loathed by the people of the day.  So, here we have not only people who were somewhat ordinary, you have people who had some serious flaws that became Christ’s disciples, His inner circle.

The second lesson of the disciples is this:  Every saint has a past.  Every sinner has a future.  It’s not how you start but how you end up that is important to the Lord.  If your life isn’t going particularly well right now, if it isn’t going in a particularly Christ-centered direction, you have the power to change that.  There is no one who is alive who has to feel like they are doomed.  God’s grace is accessible to everyone.  And so is the path to salvation.  The path is different for each person, but there is a path to salvation for everyone.  The paths of Peter and Paul and Matthew took them through egregious sins, to monumental repentance to extraordinary contribution to the life of the Church.  Our paths can do the same for us.  All of us have the capability to repent.  All of us have been given some gift by God by which we can contribute to the furthering of the message of the Gospel.

The third lesson of the disciples is that God needs some dedicated people today, just as He did two thousand years ago, to spread the Christian message.  He needs some men to step forward to be priests.  But this isn’t all that is needed.  Not every disciple has to be a priest.  Not every disciple has to pick up all of his or her possessions and go to a faraway land to spread the Gospel.  The twelve men that Jesus chose, yes, they up and followed.  However, this is not needed by every disciple today.  We can model Christian behavior at work, in our neighborhoods, in our local grocery store, pretty much anywhere.

And what is the work of the disciple?  Look no further than today’s Gospel lesson.  Like Christ, we are to have compassion on others.  (Matthew 9:36)  We are to heal diseases and infirmities among the people we encounter.  (Matthew 10:1)   No, I’m not talking about medical diseases.  These are healed by doctors.  The most acute diseases today, I believe, are anger and loneliness.  They are both epidemics in the world today.  We can each do something to help heal the scourge of these diseases.  Loneliness is healed with compassion and giving time.  Anger is healed with cooperation and love.

The first and primary message of the Gospel is “The Kingdom of heaven is at hand.”  (Matthew 10:7)  What does that mean?  It means that God’s Kingdom is not just some far off reality but that it can be and is a present one.  Wherever God’s love abides, one gets a taste of the Kingdom.  The message of Christ is the message of love—love for God, and love for one another.  So, encourage love.  Model love, and forgiveness and patience and all the other components of love.

Finally, when Jesus told His disciples “You received without paying, give without pay,” (Matthew 10:8), He was telling them to serve.  Because to truly serve, one does not profit material gain.  What did we receive without paying?  Our gifts and our talents that came directly from God.  A good disciple uses whatever God has blessed him or her with in the service of others.

O Disciples of the Savior, you saved the world; for you traveled all over it and illumined peoples, and by your teachings you burned up the delusion of the idols like kindling, and you dragged up the Gentiles from the deep of ignorance to divine knowledge.  And now, interceded with Christ, that He be merciful to us on Judgment Day.  (Doxastikon, Orthros of the Holy Apostles, Trans. by Fr. Seraphim Dedes)

Every saint has a past.  Every sinner has a future.  Whatever may be in your past, start your future today.  Be a good disciple today, and you can become a saint tomorrow! 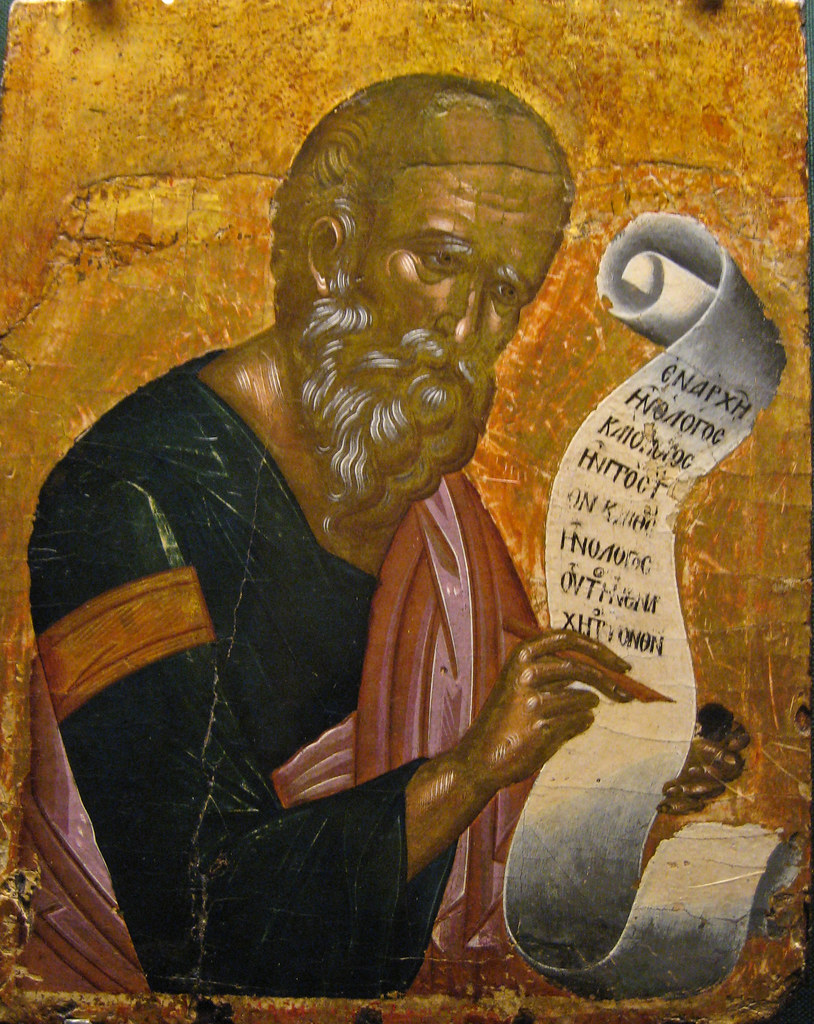 A Son, a Mother, a Scribe, the Church and the Gospel