Why did Christianity Triumph? (1)
Trending 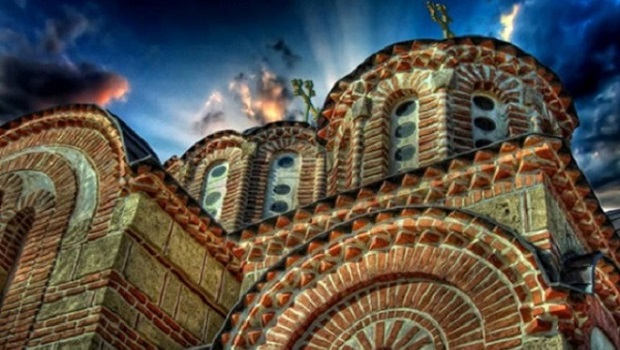 Why did Christianity Triumph? (1)

The question ‘Why did Christianity triumph?’ is the same as ‘Why did the Greeks become Christians?’ Identifying the two questions in this way is not an arbitrary choice. Had the Greeks not become Christian, then neither would the Romans. Given the rejection of the Jews and the indifference of the collectivist peoples of the East, there would have been no Christianity. This organic contiguity makes the question ‘Why did Christianity triumph?’ the fundamental problem of Greek identity.

1. The modernity of the question
Over the Christian centuries people generally saw nothing out of the ordinary in the triumph of Christianity: the Greeks became Christian because the old pagan religion was false and Christianity was the only true religion. The ‘baptism’ of Hellenism has become a problem only in more recent times, when, for enlightened people, Christianity was seen as the foundation of hated Medieval despotism: ‘How could such a cultured spirit as that of the Greeks become subject to Christian obscurantism?’

If we equate ‘Medieval obscurantism’ with Christianity, three possible answers present themselves. The first is that Greeks became Christian through some form of duress or by force. The second is to differentiate what we mean by ‘Christianity’, to say that in the beginning it was good but then went wrong. The third is to differentiate what we mean by Hellenism, to say that good Hellenism was in decline and, at a difficult time for it, bad Christianity caught it napping.

A consequence of the second view is Christian fundamentalism: that we should ‘cleanse’ Christianity of later additions and alterations. In particular, we should get rid of Greek alterations and return to the Christianity of the ancient Church. This fundamentalist de-Hellenization and de-Romification of the Church was at the heart of Protestantism. It is very likely that the success of the modernist choice, which in chronological terms succeeded the Protestant one, is linked to the inability of the Reformation to entirely escape the clutches of collective despotism. The difference which Protestantism achieved, however, by the introduction of the individual/personal relationship between us and God, allowed for the promotion of the rift with Medieval collectivism from much more radical positions (This is where we find the basic of Max Weber’s theory on the roots of capitalism in the spirit of Protestantism).

The consequence of the third possibility, that Christianity caught the Greeks at a bad time, is paganistic fundamentalism. However, as in the above instance of Protestantism, this was not really about a return – to ‘good’ Christianity or ‘good’ Hellenism, as the case may be. The result was modernity, a new culture, a new historical form of world order. The focus of modernity on nature may seem to resemble paganism, but actually doesn’t. Unlike the faith of the ancient Greeks, it is not the cosmos which is the supreme value/model. This would rather be History, at the center of which is the human element. By rejecting the Middle Ages, modernists have undermined both God and the cosmos. They have moved from the ancient focus on the cosmos and the Medieval focus on God to a focus on ourselves, the human person.

So the answers closely connected to our subject are the first and the third. Both accept that Christianity imposed such a deep transformation on the Greeks that, essentially, they ceased to be Greeks at all. The conclusion of both these approaches is one and the same: there never was Christian Hellenism. It is an imaginary construct, an invention of modern Greek nationalism. Elder Anthimos, who Saw beyond Time and Space